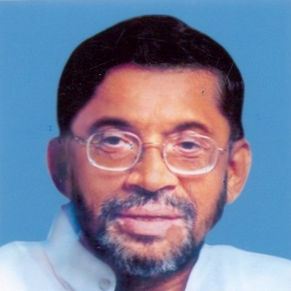 With due respect this is to request you to kindly share details which your ministry may have about the status of the enforcement of judgment of Hon’ble Supreme Court’s order in Consumer Education and Research Centre (CERC) Vs Union of India (1995 AIR 922, 1995 SCC (3) 42) that recognized right to health as part of right to life in the backdrop of its 23rd anniversary.

We submit that in this CERC case the petitioner had applied for remedial measures to fill in legislative gaps, to require mandatory compensation for occupational hazards and diseases or death to employees who did not qualify for such coverage under the existing Acts (Employees State Insurance Act and the Workmen Compensation Act). The petition prayed for adequate mechanisms for diagnosing and controlling asbestosis (such as mandatory mechanisms to measure levels of asbestos in workplaces coupled with expert panels to established permissible levels of asbestos). It prayed for establishment of a committee to recommend whether the dry process can be completed replaced by the wet. It prayed for preparation of health records of each workman and to provide compulsory health insurance for employees. The petitioner prayed for award compensation to those suffering from asbestos related diseases. Hon’ble Court granted relief.

It further observed, “20. The preamble and Article 38 of the Constitution of India the supreme law, envisions social justice as its arch to ensure life to be meaningful and liveable with human dignity… Social justice, equality and dignity of person are corner stones of social democracy. The concept ’social justice’ which the Constitution of India engrafted, consists of diverse principles essential for the orderly growth and development of personality of every citizen. ‘Social justice’ is thus an integral part of "justice" in generic sense. Justice is the genus, of which social justice is one of its species.”
Hon’ble Court has held that “the jurisprudence of personhood or philosophy of the right to life envisaged under Article 21, enlarges its sweep to encompass human personality in its full blossom with invigorated health which is a wealth to the workman to can his livelihood to sustain the dignity of person and to live a life with dignity and equality.”[5]

Hon’ble Court observed, “19. (...) The development of the carcinogenic risk due to asbestos or any other carcinogenic agent, does not require a continuous exposure. The cancer risk does not cease when the exposure to the carcinogenic agent ceases, but rather the individual carries the increased risk for the remaining years of life. The exposure to asbestos and the resultant long tragic chain of adverse medical, legal and societal consequences, remains the legal and social responsibility of the employer or the producer not to endanger the workmen or the community of the society. He or it is not absolved of the inherent responsibility to the exposed workmen or the society at large. They have the responsibility legal, moral and social to provide protective measures to the workmen and to the public or all those who are exposed to the harmful consequences of their products. Mere adoption of regulations for the enforcement has no real meaning and efficacy without die professional, industrial and governmental resources and legal and moral determination to implement such regulations.”[6]

Hon’ble Court has held that continued treatment, while in service or after retirement is a moral, legal and constitutional concomitant duty of the employer and the State. Therefore, it must be held that the right to health and medical care is a fundamental right under Article 21 read with Articles 39(c), 41 and 43 of the Constitution and make the life of the workman meaningful and purposeful with dignity of person. Right to life includes protection of the health and strength of the worker and is a minimum requirement to enable a person to live with human dignity.