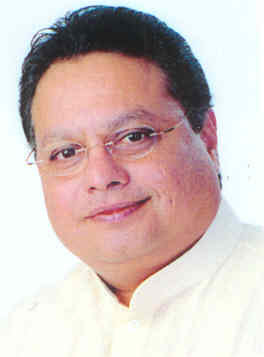 The White Asbestos (Ban on Use and Import) Bill, 2009 has been introduced by Vijay Jawaharlal Darda, a Rajya Sabha MP of Yavatmal (Maharashtra)from Indian National Congress. The Bill was introduced seeking to provide for a total ban on use and import of white asbestos in the country and to promote the use of safer and cheaper alternative to white asbestos and for matters connected therewith and incidental thereto. The Bill was introduced on July 31, 2009.

Rajasthan Plans to Lift the Ban on Asbestos Mining

Jaipur: At a time when the world is realising about the hazardous effects of mining asbestos, the state government is contemplating to approach the Centre against the ban on granting lease to asbestos mines in the state.

This was revealed in a reply to an RTI application filed by one Bhanwar Singh, a resident of Pratap Nagar and an activist of the Mines Labour Protection Campaign (MLPC) in Udaipur.

The state’s plea for granting lease to mining of asbestos is based on a study underaken by Indian Bureau of Mines that recommends lifting of the ban on mining of chrysotile asbestos.

In a proposal, the directorate of mines argues that on May 26, 1997, nine years after ministry of steel, mines and coal had issued directives for a ban on renewal or granting of new leases for mining asbestos, a fresh study was conducted on the impact of environment due to asbestos mining.

The mines department, quoting the Indian Bureau of Mines, which conducted the study, said that there was no adverse effect on environment or on the health of workers due to asbestos mining in Rajasthan.

The report also mentions that all safety measures like sprinkling of water, wet drilling, use of dust masks along with a periodic health check up of workers are done in the state.

The report adds that despite the fact that asbestos is being mined in Rajasthan since the past 40 years, no report of illness has been reported from any of its workers.

Moreover, the proposal says that in a meeting held on January 22, 2007, the joint secretary, mines had advocated the lifting of ban on the Chrysolite variety of asbestos found in Andhra following which the additional director had opined on lifting of the ban on the Amphibolite variety too.

The state has also argued that the lifting of the ban would not only generate employment but will also bring in revenue for the state government.

Studies have shown that asbestos mining has deleterious effect on the health of workers and exposes them to diseases like asbestosis which can cause death.

The ban was imposed in phases in 1986 and 1993 but not on its use, manufacture, export and import. But despite the ban on mining, illegal mines are operating in Jharkhand, Rajasthan and

Andhra Pradesh. Most asbestoscement is using imported asbestos, but some of it is being sourced from the illegal mining though that is a relatively small proportion.

Special Correspondent
The Times of India
3 August, 2009
Posted by mediavigil at 12:25 AM No comments: