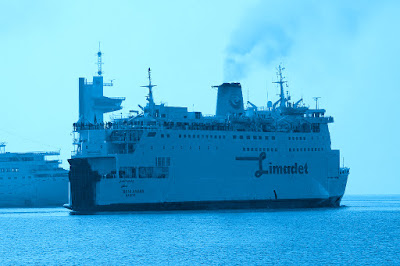 The UN official, Ms Katharina Kummer Piery's letter to R K Vaish, Joint Secretary, Hazardous Substances Management Division has reference to the arrest of the ship in Spain and the fact that the ship has asbestos and PCBs. 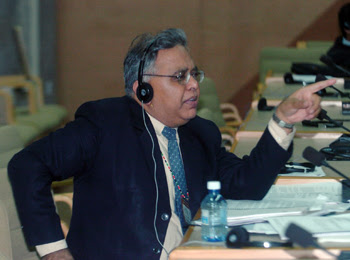 The
letter suggests that the vessel left Spanish territorial waters by informing the Spanish authorities it is going to Romania for refurbishment and instead it came to Alang. As per Basel Convention, such misrepresentation is part of illegal traffic. The ship has not complied with the Court's orders of September 6, 2007 order and 14th October, 2003 that endorsed the Basel Convention and deemed it as part of right to life. Ship breaking activity must operate under the clear mandate for the decontamination (pre-cleaning) of ships of their hazardous substances including asbestos, radioactive material, waste oils, gases and both solid and liquid PCB contaminated material and any other substances covered by the Basel Convention prior to imports for breaking.

For ship like MV Al Arabia (Aqaba Expres, Beni Ansar), the September 2007 order reiterates, “…a clear mandate for the decontamination of ships of their hazardous substances such as asbestos, waste oil, gas and PCBs, prior to export to India for breaking.” The same has not been complied with. Indian Platform on Ship-breaking has written to Basel Secretariat, Environment Ministry, Spanish and Romanian authorities seeking their response with regard to the illegal traffic.

According to a European Commission official, "Spain as the presumptive country of export is in the best position to take further measures, i.e. giving full information about the hazardous nature of the waste, requesting a return of the ship and/or offering cooperation on environmentally sound management elsewhere, and initiating criminal proceedings against the persons who have given false declarations towards Spanish authorities (in so far as this is criminal under Spanish law). We have pointed the Spanish MoE to these possibilities and assured them our support. The EU or Commission can play only a limited role in this context."

He added, EU is observing the effect of the recent ruling of the Indian Supreme Court on the ground. A proper application of the Court's requirements would mean that the Aqaba Express / MV Al Arabia should not be accepted for dismantling in Alang. If import countries do not even implement their own law, European intervention or UN law has limited value.
Posted by mediavigil at 10:54 PM

Earning money online never been this easy and transparent. You would find great tips on how to make that dream amount every month. So go ahead and click here for more details and open floodgates to your online income. All the best.

The blogs are really appreciable and one can trust the knowledge and information provided in the writing. The article you do produce on a weekly base really the best. I have found a similar website PCB decontamination visit the site to know more about coopersenviro.