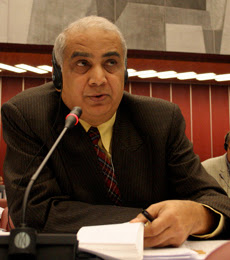 Kumaresh Chandra Mishra, Joint Secretary, Ministry of Chemical and Fertilizers was a member of the Indian delegation at the third Conference of the Parties (COP-3) in October 2006 to the Rotterdam Convention on the Prior Informed Consent (PIC) Procedure for Certain Hazardous Chemicals and Pesticides in International Trade that opposed the inclusion of chrysotile asbestos. Next Conference of the Parties (COP-4) 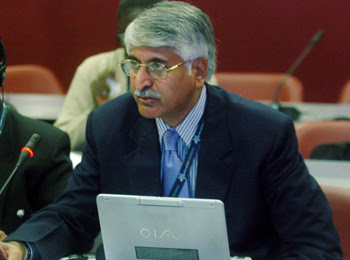 Naresh Dayal, Special Secretary, Ministry of Environment & Forests (currently Union Health Secretary)led this delegation that played a significant role along with a few other countries including Russia, Canada, Ukraine and Kazakhstan to stop the listing of chrysotile asbestos, a highly toxic material, into the Prior Informed Consent (PIC) List of the Convention. Inspite of 95 per cent of the countries demanding that this material be included, and the Chemical Review Committee (CRC) of the Convention going through a detailed scientific review process, to recommend its inclusion, the COP-3 failed to list this and deferred the decision to the next COP-4 in October, 2008 in Rome. This was dicated by economic motives of white asbestos industry. This was an unprecedented setback to this much-regarded global environmental regulatory initiative.

"Govt, industry under fire for fudging data ," according to LiveMint, the Wallstreet Journal.

"NIOH is an autonomous body. Their credibility is well established. Studies by Central Labour Institute say clearly that there is no link between asbestos and lung impairment," insisted Sethi. This is far from the truth.

Though there are alternatives to white asbestos, such as cellulose fibres, carbon fibres and polyvinyl alcohol, or PVA, it is not used much in India.

"The countries which have banned asbestos use the alternatives," said Ashim Roy of New Trade Union Initiative.

Sethi, however, said that the same qualities cannot be found in other substances.

NEW DELHI, FEBRUARY 5: Labour unions and NGOs on Tuesday alleged that a government study on better working conditions in asbestos factories was partially funded by the asbestos industry itself. Addressing a press conference here, activist Madhumita Dutta said the documents obtained by her through the Right to Information Act reveals that the asbestos industry in the country added Rs 16 lakh to the government's allocation of Rs 44 lakh for a study by the National Institute of Occupational Health (NIOH) to "specifically indicate how technology has made working conditions (in asbestos factories) better."

Demanding a ban on asbestos including chrysotile asbestos, like the one imposed by 40 countries across the world, the 13 labour unions and NGOs released a dossier, "A Fox in the Hen House: Made-to-Order Science and India's Asbestos Policy".

"The Government is conducting the study merely to justify its position that asbestos does not pose an unmanageable risk," said Dutta, adding that the industry was trying to use "manufacturing science to back its pre-determined position to fight global regulation on the hazardous fibre."

The group quoted a WHO study which estimates that 125 million people are exposed globally to all forms of asbestos. "The made-to-order study, partly funded by the asbestos industry, is being tweaked by a review committee some of whose members are representatives of asbestos industry," the activist alleged.

The unions alleged that the industry was being consulted by the Government at every step and the study would be presented at the next meeting of the Chemical Review Committee of the Rotterdam Convention in March 2008 to rationalise its third veto against the UN action on white asbestos.

The minutes of the Review Committee dated December 19, 2006 reads: "The report will be finalised after due discussions with the asbestos industry." Another meeting minutes dated April 18, 2007 reports that "...the results of the study which was underway could not be shared (with public) till the same was finalised."
"Clearly, a scientific study that is finalised after discussion with the corporate interests is grossly conflict of interest ridden and deserves to be scrapped," said Gopal Krishna of Ban Asbestos Network of India.

India, Canada and Russia are the three countries opposing the ban and restriction on asbestos trade at the Rotterdam Convention, a multilateral agreement promoting open exchange of information on hazardous chemical trade, including proper labelling and informing buyers of any known restrictions or bans.

According to the documents, a letter from the department of chemicals and petrochemicals to the director of the National Institute of Occupational Health (NIOH) in 2006 states that the study should include "generation of data, which would justify the safe standards of its usage as also the reasons/rationale justifying its non-inclusion/or otherwise in the Prior Informed Consent (PIC)".

Under the Rotterdam Convention, an item in the PIC list would require the exporting country to inform its clients on the hazardous nature of the commodity.

The ministry commissioned NIOH to conduct the study in 2004 in light of the proposed inclusion of chrysotile asbestos, the so-called white asbestos, in the PIC list of the convention, which was recommended in 2005 and 2006.
Posted by mediavigil at 11:48 PM