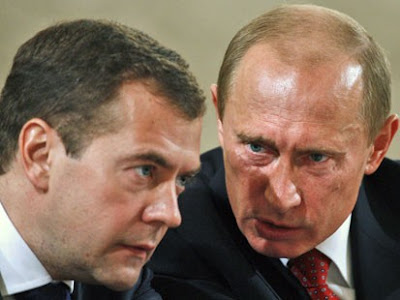 Will the new Russian President, Dmitry Medvedev listen to the scientific opinion seeking ban on asbestos?

Russia protested in September 2007 as health experts at the first World Society Security Forum in Moscow called for a global asbestos ban because of the health risks associated with asbestos exposure.

Scientists at the international forum, however, said that approximately 100,000 people die of asbestos disease each year.

It may be remembered that the then President of the Russian Federation,. Vladimir Putin had sent his greetings to the participants in the 29th General Assembly of the International Social Security Association. This message was conveyed by Mr. Medvedev, as First Deputy Prime Minister, during the opening ceremony. The President’s message read: “Scholars and specialists from many countries have gathered in the Russian capital to discuss the most important issues for developing national social security systems and exchange professional experience.The International Social Security Association, which celebrates its 80th anniversary this year, has become an authoritative international organisation and has convincingly proven its value. I am sure that the Association will continue to help achieve the priority objectives for every country of improving people’s quality of life and that the recommendations that come out of this forum’s work will find their use in practical work. I wish you productive work”.

Russia accounts for approximately 40 percent of world asbestos production, by far the largest share of the asbestos market.

Russia opposes the ban because of the economic impact it would have. Russian experts claim that up to 500,000 Russian workers could lose their jobs if a global asbestos ban were passed.
Posted by mediavigil at 11:38 AM