How ministers ignored the asbestos 'time bomb' in the classroom

Did asbestos at school kill this woman? 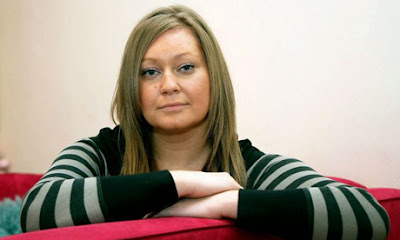 
Concerns about asbestos in schools were first voiced in the 1960s yet 13,000 schools today still contain the substance

Editor's Note: Leigh Carlisle died on 27 August as the magazine was going to press.

Leigh Carlisle is 28. Doctors and lawyers have not yet established how she was exposed to asbestos or why she is dying of mesothelioma at such a young age. The aggressive cancer often takes 20 years or more to reveal itself after exposure.

They consider it possible that she was affected at school in Oldham and have placed a Freedom of Information request with the council there, hoping to determine whether there was asbestos in her classrooms.

They are waiting to discover if Leigh's name will be added to around 200 school workers who are dead or dying of mesothelioma as a result of the widespread use of the mineral in school building projects during the second half of the 20th century. About 13,000 schools today contain asbestos.

As early as 1967, the Department of Education and Science was concerned about the dangers of asbestos in schools but bowed to pressure from the asbestos industry to continue using its products. Correspondence between the department and the industry illustrates just how much power the asbestos firms had. In July 1967, when the schools building programme was in full flow, the DES published a memorandum advertising the risk of mesothelioma posed by asbestos and urging local authorities to "reduce the use of all forms of asbestos by finding a substitute wherever possible".

One month later the department received a letter written jointly by directors of Cape Asbestos and Turner & Newall which stated: "We have seen this memorandum and have come to the conclusion that it is intended to cover the use of asbestos by students in laboratories."

It went on to warn of the "enormous economic consequences" of interpreting the memorandum more widely. Under pressure from the Board of Trade, the DES relented, confirming that it would "define the scope of the memorandum" as suggested by the asbestos firms.

Today, 40 years on, the National Union of Teachers describes the issue of asbestos in schools as a "ticking time bomb".

Did asbestos at school kill this woman?

For two years Leigh Carlisle courageously battled the killer disease mesothelioma, which is almost always caused by asbestos, and searched for the reason why she might have contracted it at the age of 26. She was believed to be the UK's youngest recorded victim of a disease normally associated with older people. To have developed it at such a young age, she must have been exposed as a child. But how and where?

Leigh, from Failsworth, Oldham, never got her answer. She died on Wednesday, aged 28, at a hospital in north Manchester, with her boyfriend by her side.

Not long before her death, her lawyers began to investigate the possibility that she could have contracted the disease at her primary school. As her family and boyfriend paid tribute to her fight, solicitor Geraldine Coombes of Irwin Mitchell, a firm specialising in industrial diseases, said they were awaiting a response to a Freedom of Information request about the buildings in which Leigh was taught as a youngster.

'We had been working with Leigh and her family to establish how she was exposed to asbestos. We know that she must have been exposed to it as a child,' said Coombes, adding: 'We know that asbestos in schools in a real problem.'

Leigh's boyfriend, Michael Price, said: 'Leigh had so much courage and strength - she was an inspiration to me and to others.' Instead of flowers at her funeral, he said she wanted donations to the Oldham Cancer Support centre in Failsworth. 'Leigh would have liked to think that she helped the cancer centre to support other people.'

Her parents, Sheila and Mark, sister Sarah and niece Bella said in a statement: 'Leigh is still very much part of our family, always a treasured daughter, sister and auntie. Everyone is so proud of her.'

Leigh, who completed an MA degree in marketing last year, was eventually diagnosed after suffering abdominal pains. The disease, which attacks a thin membrane coating the lungs and abdomen, is one of the most aggressive forms of cancer, but usually takes more than 20 years to develop.

Leigh once speculated that she could have been exposed to it while taking a regular shortcut to her primary school through a builder's yard.

Although the precise cause of her illness is not yet known, her story has highlighted the cases of around 200 school workers who have died or are suffering serious illness as a result of asbestos being used in schools. The National Union of Teachers has described the issue as a 'ticking time bomb'. Research and campaigning work by Michael Lees, whose teacher wife died from mesothelioma after being exposed to asbestos in the school where she worked, had made the public aware of the extent of the problem, said Coombes. 'We hope the government will act to protect teachers and schoolchildren,' she added.

It is estimated that today around 13,000 schools contain asbestos. It was widely used in school building projects during the second half of the 20th century.

It is claimed in an investigation in the New Statesman this week that even though the Department of Education and Science became concerned about its use as early as 1967, pressure from the asbestos industry meant that it continued to be used.

'Leigh will be greatly missed by everyone who knew her,' said her solicitor. 'She was always friendly and kind to others, no matter how bad things were with her health. She was an exceptional young woman, spending time raising money for charity and raising awareness among younger people about cancer.'