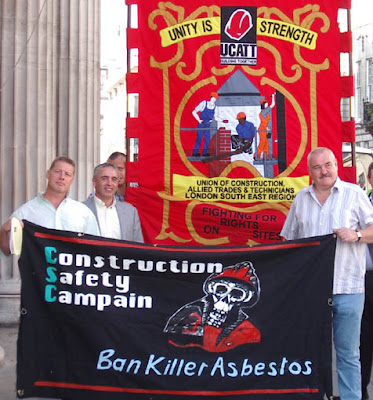 The Oct. 25 issue of The Economist features an article on Canada's "curious liking for asbestos."

The remaining active asbestos mines are in Quebec. The article stated: "The industry's labour battles, and role in the approval of workplace safety laws, have given it an almost sacred status in the province and made it politically untouchable." This must be why Canada has lobbied so successfully to keep asbestos off the UN list of hazardous substances?

We are spending millions of dollars to remove asbestos from our Parliament buildings yet we continue to mine and export this cancer maker. To whom? Canada exports Quebec's asbestos to developing countries. No one else wants it.

This is worse than scandalous. Where is the outcry? Where are politicians with a conscience?
Posted by mediavigil at 11:39 PM