Hazardous for Quebeckers, safe for Indians

Note: Indian and the Canadian government must resist corporate influence of the chrysotile (white) asbestos industry and support the listing of chrysotile asbestos as a hazardous product under the UN's Rotterdam Convention on the Prior Informed Consent Procedure for Certain Hazardous Chemicals and Pesticides in International Trade as a first step at the next meeting of the Parties to the Rotterdam Convention. And as a next step, initiate efforts to ban its mining, manufacturing and its trade.

Québec's Premier Jean Charest does not support social services and concessions for workers. Bill 30 which was designed by the Québec's Charest government for the purpose of meeting the expectations of the big employer association unmindful of the interest of workers. The Bill 30 was challenged in the court arguing that it violates the provisions of Québec and Canadian Charters of Rights and Freedoms, as well as internationally recognized principles of freedom of association. Bill 30 was a direct attack on our working conditions and union rights. Decentralizing a large part of the collective agreement to the local level puts into question the gains made by unions in 40 years this would adversely affect the bargaining power of workers for their health and social services.

Quebec Premier Jean Charest (in picture) is leading a business delegation to India starting January 30. Some groups are gearing up to ask him questions about his support to the export of asbestos to India. 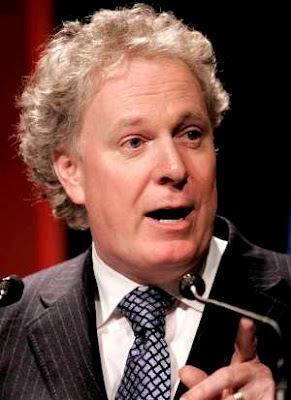 Exposure to chrysotile asbestos causes lung cancer. Though it is not illegal, asbestos is no more used in Canada and building owners are forced to spend hundreds of thousands of dollars to get rid of asbestos when they demolish their buildings. Yet, the Canadian government has not banned its export, saying Ottawa the necessary precautions in its use.

Recent debate about the last operating asbestos mine in Canada and media reports featuring hazardous plants in India have now brought the focus back on the issue.

Quebec-based LAB Chrysotile, which has the last operating asbestos mine in Canada, exports to companies in India, including to Eagle Asbestos in Ahmedabad. The Canadian Broadcasting Corporation in June filmed the interior of Eagle’s plant, where asbestos was left exposed.

The Toronto Star published a three-page report in its December 20 issue. The report, ‘Canada’s booming asbestos market’quotes LAB Vice President Jean-Marc Leblond as saying they have blacklisted five to 10 Indian companies and Eagle is one of them. ‘They have been denied asbestos fiber for failing to comply with safe practices, exposing the frailty of the controlled use directive,’ he was quoted as saying.

The report also names several Indian manufacturers of asbestos products: Lok Sabha member of Parliament from Peddapalle, Andhra Pradesh, Gaddam Vivekanand, who reportedly controls 25 percent of asbestos production in India, has seven factories in various parts of the country and will open an eighth in Orissa in 2010.

The report also said there are instructions on the package asbestos-related products — printed only in English and French — asking workers to use ventilation and dust control equipment when the fiber is being handled, to repair damaged bags immediately, and to clean dust from clothing with approved vacuum equipment.

In India, asbestos is used instead of tin sheets for their sturdiness and there are 36 products made from asbestos — from rope to cloth to pipeline insulation.

Kathleen Ruff, co-coordinator of the Rotterdam Convention Alliance (in picture), which represents environmental and health organizations around the world, told India Abroad that health has got nothing to do with Canadian government’s export policy. “It is a highly political issue related to votes in the asbestos mining region of Quebec,” she said.

Ruff said environmental scientists have written to Canadian Prime Minister Stephen Harper asking him to acknowledge the clear scientific evidence that asbestos has created a public health disaster in Canada and that it is indefensible for Canada to export it to other countries telling them it is a safe, attractive product.

‘Wherever asbestos has been used, it has left behind a legacy of disease and suffering, which is why no industrial country uses it any longer and it is so important to the industry to sell asbestos to developing countries and countries in economic transition,’ the scientists said.

Ruff says experts recently wrote to Harper reminding him about the United Nations Rotterdam Convention that Canada ratified in 2002, giving countries a legally binding right to be informed about, and to refuse, hazardous chemicals and pesticides. The convention’s expert scientific body also recommended that Chrysotile asbestos, banned already by over 40 countries, be put on the list of hazardous chemicals.

In their letter, the experts caution: ‘If a double standard system of exemptions is created, the global right to know about hazardous chemicals and pesticides will be destroyed and Canada will have played the lead role in its death.’

Ruff said it is only those countries that export asbestos (like Russia, Kirghizstan, and Canada) and a country with a powerful asbestos-products industry (like India), which defy all the independent science and pretend that asbestos can be safely used.

“The sad part is that,” Ruff explained, “in industrialized Western countries, billions of dollars are being spent to remove asbestos from buildings. In Quebec, the government is spending millions of dollars to remove asbestos from schools and hospitals and public buildings. We no longer use it in Canada because we know it is deadly. Instead we export it to India and other countries, telling them it can be safely used.”

Quebec Premier Jean Charest is leading a business delegation to India starting January 30. Some groups are gearing up to ask him questions about his support to the export of asbestos to India.

Note: Charest does not support social services and concessions for workers.
Posted by mediavigil at 11:03 PM

Small Business owners are largely forgotten. Thats why I only focus on them. I have experience several members of my family file bankruptcy due to small business failures. I also I suffered through 2 destroyed businesses due to failure however, in my failings I have learned some of the secrets to success. (Who can say they know it all?)