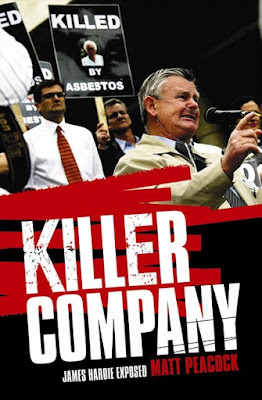 Indian asbestos companies are following the path of the scandal of the James Hardie asbestos company. As a consequence huge number of people who die from asbestos diseases continues to rise, and will do so for another decade. On 27 November 2007, Australian political campaigner, Bernie Banton, died at his home after having suffered asbestosis, mesothelioma and Asbestos-Related Pleural Disease (ARPD). Banton contracted these diseases after working for James Hardie asbestos compnay for 6 years. He was the public face of asbestos victims in Australia and was closely involved in the negotiations between James Hardie, unions and governments from 2004 to 2007. 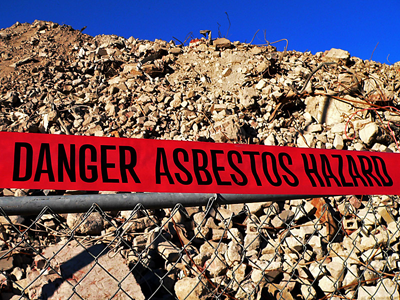 Russia, Canada, Kazakastan and others have been exporting asbestos fibers to India. Exposure to asbestos is encountered in the form of asbestos mining, asbestos cement industries, asbestos processing unit and during renovation and demolition of old asbestos cemented roof, modern electrical and mechanical appliances wherte it is found. Construction workers, electricians, vehicle mechanics and other workers in the building trades are exposed to asbestos. India exports and imports asbestos to other countries. Transport of the hazardous material on road and roadside residents all are vulnerable to this uncommon disease. Workers and consumers cmplain of shortness of breath, persistent and productive cough due to pulmonary fibrosis can show up many years after the asbestos exposure. 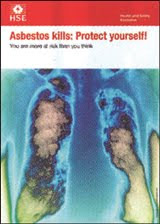 This leaflet published by UK's Health and Safety publications titled "Asbestos kills: Protect yourself! You are more at risk than you think" which is aimed at people working in the building or maintenance trades, e.g. electricians, plumbers, joiners or heating and ventilation engineers captures the hazards aptly. It explains the risks of working with asbestos and what one should do to protect oneself. 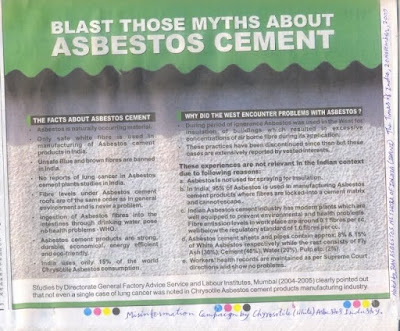 The paid misleading advertorial above was published in The Times of India on 17 December, 2009 and earlier 20 November, 2009 as an excercise in misinformation campaign has been severely criticised by all sane sections within the society. It was on 17 December that a three day International Conference on "Preventing Emerging Occupational and Environmental Risks in South Asia and Beyond" commenced.

It was sad to not that at the conference it was admitted by A K Agarwal, Additional Secretary, Directorate General of Health Services that none of the 300 medical collages in India have teh capacity to deal with asbestos related diseases.

In India, no one has the Asbestos Removalist or Asbestos building Demolition Licence.

Quebec' Premier Jean Charest is coming to India on January 30, 2010 to promote the sale of Quebec products in India, such as asbestos. His mission in India is set from January 31 to February 6, 2010. India is one of the biggest customers of Canadaian asbestos (white asbestos or chrysotile asbestos). Despite asbestos bans in many Western countries and the fact that Canadians spend millions each year to safely remove the substance from buildings - including Parliament Hill - Canada remains a world leader in asbestos exports.

One does not know as to who all would be able to speak to him, if one get an opportunity, one can ask a question about why is he supporting asbestos export to India, when Quebec itself doesn't use it and is paying millions of dollars to remove it from Quebec's schools, hospitals and public buildings, and when leading Quebec health experts have called for Quebec's mining and export of asbestos to be stopped.

India's state human rights commission of Kerala has ruled that exposing humans to asbestos is human right violation. Also ask him about his reaction to the Ban White (Use & Import) Bill, 2009 which is pending in the Indian parliament.

In the Union Budget 2009-10, the governmment has increased the excise duty incidence on cement products from 4% to 8%. The excise duty on goods in which not less than 25% by weight of fly ash or phospho-gypsum or both have been used, has been increased from 4% to 8%. In India, the frontline players use fly ash in excess of 25% by weight in asbestos cement roofints, and hence, Excise duty rate on Asbestos Sheets has been doubled to 8% from 4%.
Posted by mediavigil at 11:34 PM

Based in Kolkata an Surat “Bardhman” Air turbo is pioneer in manicuring Air ventilator. The company uses Korean Technology for this which make sure the cost is low but the quality us very high as compared to other turbine manufacturer. The turbine air ventilator manufacturer company assures you of hi quality products.

Wind driven Turbo Ventilators are circular metal vents with several fins in the structure. Even moderate breeze is enough for the rotation of Turbo Ventilator manufacturers in Chennai. The rotation helps to suck the hot air inside the industrial establishments and allows moderate temperatures in the buildings. If the wind velocity is more the rotation factor also becomes more and hence Industrial Turbo Ventilators can suck the heat, smoke and humidity from the work areas and keep soothing and suitable work environment in the work places.