Hazards of Asbestos Sheds at Airports

Subject-Hazards of Asbestos Sheds at Airports

I am writing this letter on behalf of ToxicsWatch and Ban Asbestos Network of India (BANI) to express my concern and request you for immediate action. I am an independent environmental health researcher.

We came to know about how a helicopter carrying you hit a asbestos shed at the Bhubaneshwar airport on December 9, 2009. 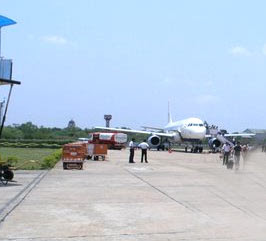 We are aware that a Court of Inquiry has been ordered into the incident by the Indian Air Force.

May I take the opportunity to submit that such asbestos sheds pose a health, environmental and occupational risk to every body in our country.

In US every year 10, 000 people are dying to due to past exposures from asbestos. In 2006 alone there were more than 1,000 mesothelioma deaths (asbestos related fatal disease) in Japan. Although the reason for the relatively high incidence amongst women remains unproven, a high element of environmental exposure from asbestos.

Exposures to children in schools and patients in hospitals remains a matter of serious concern even in India besides hazards to workers and consumers.

Calling for a ban on asbestos of all kinds at a conference on 21st December, 2009 in New Delhi, Dr George Karimundackal from Tata Memorial Hospital, Chennai presented 127 cases of mesothelioma and lung cancers which his hospital has diagnosed and treated from 1985 to 2008 stating how most cases came at a terminal stage. He concluded that his hospital receives 5-6 cases of asbestos diseases every year and 1 % of all lung cancer cases are mesothelioma, an incurable asbestos disease.

Notably, only 3 in 36 of the cases had a history of exposure from asbestos industry which implied that there is prevalence of secondary exposure to consumers as well, Dr George Karimundackal informed the international and national experts of impeccable repute.

These conferences brought together scientists and doctors from across the globe who underlined that “The reason no asbestos diseases are visible in India is because somehow Indian public health system does not record the asbestos related diseases, this won’t work in India." They strongly disapproved of the misguided efforts underway to lift the present ban on asbestos mining in India and the misleading advertisements.

It was admitted by Indian public health experts that none of the 300 medical colleges are asbestos free and none are equipped to deal with asbestos diseases. "A beginning must be made by asking all the medical colleges to prepare a list of asbestos exposed patients, preparing a register of incurable asbestos diseases and starting occupational health courses," said Dr Arun Kumar Agarwal, Additional Director, General of Health Services, Government of India at another international conference at Maulana Azad Medical College, New Delhi on 19th December, 2009.

Environmental and occupational health experts from abroad who were at the conference adviced India to take action based on the steps being taken by WHO is assisting countries to eliminate asbestos diseases and ILO’s 2006 resolution calling for banning asbestos of all kinds including white asbestos. Prof (Dr) Arthur Frank, a renowned public health expert from US said, "substitutes for asbestos which are readily available”.

At one of these conferences, the victims of Asbestos diseases from Maharshtra, Andhra Pradesh, Rajasthan and Gujarat narrated their story of living and working conditions, concealing of the hazards of working with asbestos, delayed diagnosis, misdiagnosis and absence of legal remedy for their incurable diseases.

Dr Qamar Rehman, a well known toxicologist pointed out that “We need to ban asbestos. We need to compensate the workers, which is the only way to phase out asbestos and get justice for the workers.” Ignoring such sane advices, because of government’s patronage, the demand for asbestos products has risen between 10-15 % with the current production of almost four million tonnes of asbestos cement roofing annually. Criminal callousness involved in knowingly exposing workers and consumers to asbestos hazards is unpardonable.

In the light of the above, I submit that Government of India, Ministry of Defence, Ministry of Health and Orissa government must act earnestly to make our country asbestos free in all walks of life and initiate immediate steps to stop a preventable disaster before it is too late.

Our armed forces are at a grave risk of asbestos exposure because asbestos has been used extensively in their work places and residential places. In the Army and Air Force, asbestos is used in brake and clutch pads installed in everything from tanks to jeeps to aircraft. Asbestos is part of the insulation in housing and other buildings on military bases, electric wiring insulation aboard military planes, and fire retardant materials used by military firefighters and gunners. In the Navy, Merchant Marine, and Coast Guard, it is even more widely used, mainly as thermal insulation aboard ships. Asbestos is used in old and new constructed naval vessels.

Our Ministry of Defence, Navy, Army and Air Force must be asked to compile statistics for how many soldiers have died from asbestos related diseases, how many are suffering from it and how many face the danger of exposure which causes asbestos-related lung cancers and serious respiratory diseases.

Our airmen, sailors and soldiers would feel betrayed by the armed forces and the government they served if they come to know that they faced asbestos exposure and government did nothing to save them.

Incidentally, instead of discouraging and stopping use of this killer mineral fiber, asbestos cement sheet plant is being at Sambalpur in Orissa and subsidy is being provided for the same. The scenario across the country is no different.

In such a context, besides a Court of Inquiry that has been ordered by the Indian Air Force, the Ministry of Defence, Orissa government and other concerned central ministries must be made to act against asbestos hazards latent in our public buildings. In supreme national interest efforts must be made to decontaminate them at the earliest as is being done in some 50 countries which have banned asbestos products of all kinds.

Yours truly
Posted by mediavigil at 8:36 AM