However, this seemed not to have appeased the locals who staged a demonstration at the district magistrate''s office during the day.

The protestors blocked the gate of the district collectorate for hours and shouted slogans against the authorities demanding a total ban on construction activities at the factory site, the sources said.

Local leaders of several Left parties joinedin the protest by the villagers against the asbestos factory.

Protests against the construction of the factory hasbeen on for the past few months and on January 22 six localshad been injured in a police lathicharge on them during a demonstration. 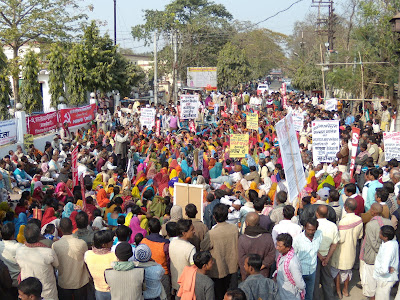