The Progressive Intercultural Community Services Society also condemned the comments of Surrey Conservative MP Nina Grewal, who last week had issued a statement accusing Canadians opposed to exporting asbestos to “third world countries” of having a “colonialist attitude”, because India can speak up for its own citizens. But when India spoke up this week it was Grewal’s own government that was still opposing it as a hazardous substance. 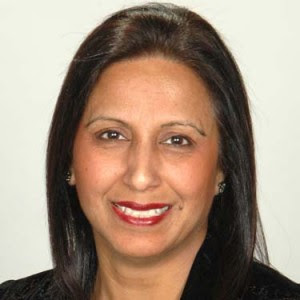 The accusation was made in an email reply to a citizen who had written MP Grewal, urging her to support the inclusion of Chrysotile asbestos on a United Nations list of hazardous substances.

“I find it offensive when people in Canada imply that the Indian government is incapable of protecting its own citizens. This colonialist attitude is unbecoming of Canadians.” said Grewal in the email.

However, on Wednesday at the United Nations meeting in Geneva, India supported the listing of Chrysotile asbestos as a hazardous substance. In response Canada quickly opposed the listing, effectively ruining a near international consensus. Canada is the only G7 country still producing and exporting asbestos.

Canada blocked an attempt by India (and other developing countries)on a world stage to protect their citizens from the dangers of asbestos.

The Progressive Intercultural Community Services Society condemned Grewa]l’s comments in light of India speaking up for its own citizens by declaring that asbestos should be declared a hazardous substance. But when India spoke up this week it was Grewal’s own government that was still opposing it as a hazardous substance.

Based on MP Grewal’s own words, it would now seem that it is in fact the Harper government that has the colonialist attitude. This government’s behaviour in Geneva has been deeply shameful.


Conservative MP calls asbestos Regulation "COLONIALIST"
-Aneil Jaswal
VANCOUVER - June 20, 2011 – Last week, Conservative MP Nina Grewal, accused Canadians opposed to exporting asbestos of a having a “colonialist attitude...unbecoming of Canadians”. The accusation was made in an email reply to a citizen who had written MP Grewal, urging her to support the inclusion of Chrysotile asbestos on a United Nations list of hazardous substances. Her reply was quickly forwarded to Aneil Jaswal, a BC based policy consultant on health issues and a passionate asbestos activist.


“MP Grewal’s accusation is a ridiculous attempt to defend a policy which has very serious impacts in countries like India. If this is the Harper government’s reasoning for blocking UN attempts to regulate asbestos, this is worrisome indeed. What is truly unbecoming of Canadians, is that this government continues to pretend that Canada is not responsible for the health impacts of our asbestos” said Jaswal.

The Indian Association of Occupational Health and all the major trade unions in India have directly called on Canada to stop exporting asbestos. This past year in Bihar, India, villagers and youth organized protests to keep an asbestos factory out of their community and faced fire from police as a consequence.

Gopal Krishna, a community leader in India with Ban Asbestos Network of India (BANI)
& Occupational Health India (OHI) had the following to say about MP Grewal’s comments.
“We are disappointed with Nina Grewal's misrepresentation of facts about India. It is an established fact that her fundamental assumptions about the working of the Indian legal and health system is seriously flawed.”

Aneil Jaswal added, “The voice of workers in India is clear: they do not want Canada’s asbestos. It is not handled safely. Asbestos causes cancer in Indians just like it does in Canadians - which is why it is essentially banned in Canada and has been removed from the Prime Minister’s home. Either MP Grewal is ignorant of these Indian voices or she is ignoring them. Both are unacceptable.”

Starting tomorrow, June 20th, the United Nations will be meeting in Geneva to decide whether to include Chrysotile asbestos on a list of hazardous substances. If included, this would not ban the trade of asbestos, but simply ensure “prior informed consent” has been obtained for all export. In 2006, the Canadian government spearheaded efforts to prevent the listing and the Harper government is unlikely to speak out in support of listing asbestos at this conference. Mr. Jaswal is the Director of The Cancer Culprit Awards, a daily award that will be handed out at the UN conference to the countries which most impede negotiations.

Read more about the UN vote:
Rotterdam Convention by the Conference of the Parties' Fifth Meeting (COP5)