Stop use and trade of white asbestos

Subject-Stop use and trade of white asbestos 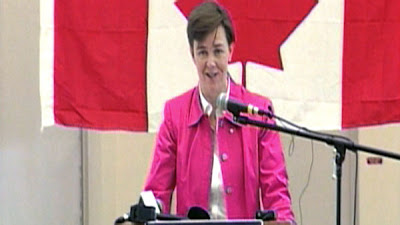 Let me congratulate you on your election. I am an environmental and occupational health researcher. I wish to draw your attention towards the victims of asbestos in India, Quebec, Canada and other countries.

We, in India are grappling with the epidemic of chrysotile asbestos (white asbestos) -related disease and death that continue to increase. On 6th July, 2011, National Human Rights Commission (NHRC), India has issued notice to all the concerned ministries and state governments taking note of diseases caused by white asbestos imported from countries like Canada.

There is a bitter protest struggle going on against asbestos plants in Bhojpur, Muzaffarpur and Vaishali in Bihar, India amidst police firing. Similar is the situation in Andhra Pradesh, which is the capital asbestos manufacturers. They have least regard to human health of present and future generation because they are blinded by 'profit at any human cost' dictum.

In India, mining of all forms of asbestos including white asbestos is banned but Canada continues to export white asbestos to India due to an incestous relationship between canadian asbestos producers and political parties of Canada and India.

In such a backdrop, NHRC, India has issued notices to different Union Ministries, States, Union Territories on the issue of banning use of White Asbestos. The statement of NHRC is available here: http://nhrc.nic.in/disparchive.asp?fno=2334

We are disturbed by the fact that white asbestos which Canada exports to us represents 100% of the global asbestos trade and it represents 95% of all the asbestos sold in the world over the past century. As you are aware chrysotile asbestos is a deadly carcinogen, which causes mesothelioma, lung cancer, other cancers and asbestosis, and safe use is not possible.

We have taken note of the National Public Health Hero Award given by the Canadian Public Health Association, specifically for exposing the deadly misinformation disseminated by the asbestos industry.

I earnestly submit that asbestos should be treated as a health issue, not as a political issue and we are calling for your support on this crucial public health issue. We are glad to note that Ontario Conservative MP Ed Holder and Ontario Conservative MP Pat Davidson, who represent the constituency of Sarnia-Lambton, where so many Canadians have died from asbestos-related diseases have expressed their support.

I urge you to take cognisance of your fellow legilslator, Mr Holder who said, “Mr Holder cannot in good conscience support asbestos.”

I sincerely hope that you would respect the clear scientific evidence about asbestos and to reject the naked lust for profit from selling asbestos to countries like India. You would not expose Canadian children to asbestos harm. It is ethically indefensible to expose children in developing countries to asbestos harm, by placing Canadian asbestos in their homes and schools, all the while falsely assuring them that the asbestos will not harm them.
It would be unbecoming of any medical professional to collude with the promotion of asbestos disease which endangers both the present and the future generation.

I submit that it does not behove the stature of a civilized nation to use and promote white asbestos in India as an allegedly safe product.

With this letter I appeal to you to support the recommendation of the Canadian Medical Association, the Canadian Cancer Society, the Canadian Public Health Association and all of Canada’s leading medical associations that the use and export of all forms of asbestos including white asbestos must stop.

I will be happy to share the notice of the NHRC, India to facilitate your decision.