Disregarding incurable Asbestos diseases, India's first plant Asbestos fibre based plant in Kymore, Katni, Madhya Pradesh has been awarded for excellence in Safety, Health and Environment by Government of Madhya Pradesh (MP) . It has ignored WHO's recommendation seeking elimination of Asbestos related diseases requires ban on asbestos. WHO is the same entity whose recommendations on covid-19 is restructuring global response of public health institutions all over the world. 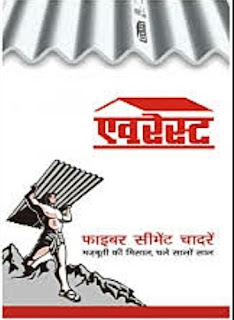 UN agencies have taken note of human rights implications of exposure to asbestos from this asbestos fibre cement factory, which used to be partly owned by Belgium-based company, ETEX/Eternit, and dumping of asbestos waste in the village of Kymore, Madhya Pradesh, India. They have written to Government of India. Government is maintaining deafening silence and remains indifferent to the plight of the victims of asbestos related diseases.

UN agencies took note of a study that found Kymore asbestos factory, first operated by a subsidiary of UK's Turner & Newall,& later by subsidiary of ETEX/Eternit between 1992-1998, dumped asbestos waste on 600,000 square metres of land. More than 3000 people currently live there.

Study found presence of one million tones of asbestos-contaminated surface soil,with asbestos concentrations of upto 70%. Belgian ETEX/Eternit was shareholder of five asbestos factories in India during 1989-2001, ETEX/Eternit sold its Indian subsidiary prior to Belgian ban on asbestos.

Workers, their families, consumers and unsuspecting citizens at Kymore factory and it's vicinity face risks of exposure to asbestos fibre. Asbestos is a threat to life through out it's life cycle. Some ex-workers and their family members reported manifestation of asbestos-related diseases.

Admittedly, prevalence of asbestosis is 3%-9% among factory workers. Ironically, Everest is into Corporate Social Responsibility (CSR) work for Tobacco Control! Now one has to wait only for Tobacco industry to under CSR work for Asbestos Control although some 70 countries have learnt that safe and controlled use of this carcinogenic mineral fiber is impossible.

Posted by mediavigil at 6:25 PM