Questions raised in Parliament on import of asbestos

Gokaraju Ganga Raju, Member of Parliament raised questions in Parliament on import of asbestos by India which was answered on 28 December, 2017. He asked the Minister of Mines (a) whether it is a fact that the import of white asbestos from Russia, Kazakhstan, Brazil and China continues to rise according to Indian Minerals Yearbook published in December, 2015 despite technical ban on mining of all kinds of asbestos in India; (b) if so, the details thereof and the reasons therefor; (c) whether the Government proposes to curb imports of deadly material of asbestos; and (d) if so, the details thereof and if not, the reasons therefor?

Haribhai Parthibhai Chaudhary, Union Minister of State for Mines and Coal replied saying:White Asbestos is used for various purposes viz. asbestos cement pipes, roofing of households, asbestos based manufacturing products like brake linings etc. India’s asbestos requirement is mainly met through imports from Russia, Kazakhstan, Brazil and Republic of China since the mining activity of asbestos mineral has been banned in the country on health ground.

As per available information from Directorate General of Commercial Intelligence and Statistics and Indian Bureau of Mines, the country-wise details of quantity of asbestos imported during the year 2014-15 to 2017-18 (April-September) are as follows:

It can be seen from the table that there is continuous decline in import of asbestos during the period of 2014-15 to 2017-18 (April-September).

It is evident that import of asbestos, considered as a health hazard, from countries like China, Russia, Kazakhstan and Brazil has declined in the last three financial years. As per the information from Directorate General of Commercial Intelligence and Statistics and Indian Bureau of Mines for previous three fiscals and April-September of Financial Year 2018, it can be seen there is continuous decline in import of asbestos from supplying countries.

India imported 310,570 tonnes of asbestos in 2016-17 from Russia, Kazakhstan, Brazil, China and other countries. Notably, Brazil Supreme Court has banned all kinds of asbestos to safeguard the health of Brazilians.

The minister said that during April-September of the ongoing fiscal, India imported just 162,740 tonnes of asbestos.

With regard to question regarding whether the Government proposes to curb imports of deadly material of asbestos, the minister said "Information in this regard is not held in Ministry of Mines since the import/export of minerals is regulated through EXIM policy of Directorate General of Foreign Trade, Ministry of Commerce and Industry."

The following remedial steps have been taken by the Government for regulation and safe use of asbestos in the country:

i. As per the provisions of the Factories Act, 1948 and rules framed there under, manufacture, handling and processing of asbestos and its products is declared as hazardous process.

ii. Government of India has prepared Schedule XIV – Handling and Processing of Asbestos, Manufacture of any Article or Substance of Asbestos and any other Process of Manufacture or otherwise in which Asbestos is used in any form as a dangerous operation under section 87 of the Factories Act, 1948.

iii. Government of India by Notification in Official Gazette has reduced the permissible level of Air borne Asbestos fibres in work environment to 20.1 fibre/cc.

iv. Grant of fresh mining leases and renewal of existing mining leases for Asbestos was banned by the Ministry of Mines in the country on Health Grounds.
Posted by mediavigil at 5:53 AM 2 comments:

Now that two of the five countries of BRICS group have banned asbestos of all kinds, there is a compelling logic in joining hands to ensure that the other three-India, China and Russia also get persuaded to eliminate it. South Africa banned it in 2008. 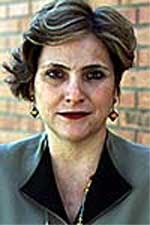 Fernanda Gianassi,  the leader of the global ban asbestos movement and co-founder of Ban Asbestos Network of India (BANI) has applauded the decision taken by Brazilian  Supreme Federal Court to ban asbestos in Brazil.

Notably, the Court did not allow any exception. It did not accept the appeal made by Dow Chemical Company for their plant of chlor-alkalis in Bahia state which is still using asbestos diaphragm.

She informed that Dow had hired the best constitutional lawyer in the country to present their appeal but the Court could not be persuaded to grant them relief.
Reacting to the decision, Gianassi said that the decision inaugurates new thesis and jurisprudence by the Court, since it doesn’t need the senate to revoke the law on controlled use of asbestos because their decision is binding for all activities, for all powers not only for the judiciary but for the whole country. It is real a victory for the asbestos victims and for the global ban asbestos activism and movement.

Giannasi visited New Delhi in 2002 to ascertain the public health situation in the country and to share her insights.

Taking lessons from Brazil, to begin with central and state governments and local bodies in India must stop procurement of asbestos based products. These mineral fibers must be banned to save citizens, consumers and workers who are dying a painful death due to exposure to carcinogenic fibers of white chrysotile asbestos procured from Russia, Brazil, Kazakhstan and China. The incurable asbestos related diseases are caused primarily by the inhalation of asbestos fibers. These diseases take up to 50 years after exposure to develop. In India there is almost no infrastructure and skill to even diagnose these environmental and occupational diseases.
and occupational diseases. ...